The Terra community is almost in disarray as the ecosystem’s two flagship tokens, including LUNA and UST are on a freefall amid the most bearish sentiment the blockchain protocol has ever seen.

While the algorithmic UST stablecoin has completely lost its peg against the US Dollar, trading at $0.7158 at the time of writing, the stablecoin dropped as low as $0.2998 during the intra-day trading.

LUNA on the hand has shed off all of the gains it has accrued over the past 12 months as it slumped to its 52-weeks low of $0.8384. The fall of the LUNA comes off as a bigger surprise to the crypto world as such a plunge is uncommon, especially for an established blockchain protocol that attained its All-Time High (ATH) of $119.18 barely a month ago.

In his explanation of the cause of the current situation, Do Kwon, the founder of the Terra blockchain protocol said in a tweet that “the price stabilization mechanism is absorbing UST supply (over 10% of total supply), but the cost of absorbing so much stablecoins at the same time has stretched out the on-chain swap spread to 40%, and Luna price has diminished dramatically absorbing the arbs.”

While he did not discount the challenges the next couple of weeks will bring while trying to rebuild the protocol, he promised to be there every step of the way.

Yet, crypto experts believe that the crash of UST would stablecoins are still valuable by playing robust roles in the volatile market.

“It’s important now to acknowledge that Terra is a so-called algorithmic stablecoin, not directly backed by USD. The most popular stable coins like Tether (USDT) and USDC are actually backed by USD in the bank and both of those survived yesterday’s market sell-off well,” Ransu Salovaara, CEO at Likvidi, said.

“The de-pegging will likely result in a substantial regulatory risk – if not for the whole crypto space, then certainly for the stablecoins market. Anto Paroian.” said Chief Operating Officer, at crypto/digital asset hedge fund ARK36.

The promise of Kwon is a very significant one in the broad attempt to return LUNA and UST back to their glory days. While investors are currently doubtful of the next path for the two digital currencies, the scenario playing out now is different from those of Sushiswap when the founder, Chef Nomi rug pulled that he sold off his SUSHI tokens.

Sam Bankman-Fried took over the project at the time and helped it regain its balance. Do Kwon said he is still committed to the recovery of the LUNA tokens and this should come off as good news to those looking to hold the coins for much longer.

“Terra’s return to form will be a sight to behold. We’re here to stay. And we’re gonna keep making noise,” he tweeted.

Is Bitcoin Stuck In A Bearish Trend?

NYC to Mine its Own Token, Following Backing From Mayor-Elect Adams 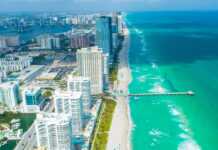 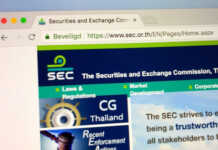 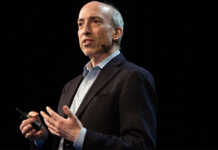 What Will Gary Gensler’s Confirmation to The Role of SEC Chair... 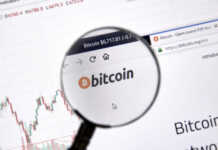 Bitcoin Crashed down to $30K-What’s Next?