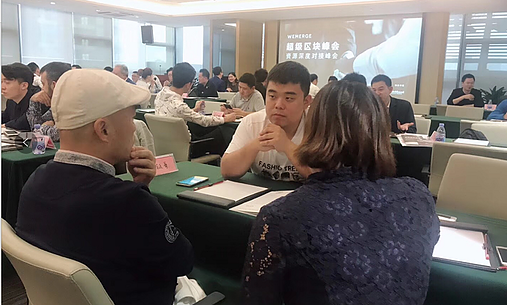 As a promising innovation, blockchain technology is expected to be further developed and deployed to address challenges across the globe. The world has recognized the transformational value of blockchain innovation. Through the distributed ledger technology, blockchain-based solutions will create digital identities for 1.5 billion people who are marginalized and not able to participate in the economic growth due to the lack of economic identity. It will also reduce the monitoring and reporting costs in the process of achieving global Sustainable Development Goals (SDGs), which used to be billions of dollars. Additionally, blockchain will facilitate the integration of renewable energy generation into consumption, through the development distributed peer-to-peer energy transaction technology, which also makes entrepreneurs and the public very optimistic about the future of blockchain technology application. This is also the reason that we decided to launch the Responsible Blockchain World Championship (RBWC). In the past few months, working together with strategic partners from the United States, Switzerland, United Arab Emirates and China, FinTech4Good has hosted several RBWC contests in multiple cities and countries.

Blockchain application innovation that empowers the real economy has a huge potential in China, stated by Xiaochen Zhang. The winners of RBWC will benefit this contest given the resources of RBWC partners in strategic advisory, market development, as well as in investment opportunities. Ms. Jie Wu compared the roadmap of blockchain and artificial intelligence technology, highlighting that social advancement always comes with the technology innovation. Mr. Xianzheng Wu introduced the unique advantage of blockchain innovation in Yungu and encouraged start-ups to utilize advanced technologies to address social problems. Mr. Jianron Huang pointed out potential challenges that blockchain-based start-ups may encounter and provided valuable insights on how to address them.

Mr. Lei Qin, Director of Finance Department of Shenzhen Investment Promotion Agency, was also invited to give a keynote speech on behalf of the Shenzhen municipal government. He stated that the government always valued technology innovation and had just announced the launch the fund to encourage venture capital investment with an investment of 15 billion from the government at the China Hi-Tech Fair. The government is positive on the progress made in blockchain and digital development, but still very concerned about the application. He also mentioned that the government was pleased to see that the public attention has shifted back to technology and how it will serve the industry innovation, which indicates that the industry is on the right track. Mr. Qin also announced the official opening of the RBWC China contest.

BOOSTO is an influencer infrastructure that provides a protocol for creating decentralized applications that act like an entire ecosystem and allow developers and companies to easily build DApps that directly interact with individual influencers, influencer networks, social media platforms, and brands with consumers, services, companies and much more.

veriToken is a new public chain and ecosystem for the development of the Token Economy. The assets, certificates, and vouchers of the real world can be digitalized through the issuance of Tokens, and be easily used with unprecedented security, speed, and network compatibility.

With all assets and transactions secured on the blockchain, Terra Virtua（United Kingdom）is an entertainment-focused VR platform combining Netflix-style subscriptions for games with Premium, pay-per-play events and a groundbreaking Content Creation Tool, allowing users to build their own VR experiences.

Antzknow is a decentralized prediction think tank and knowledge community, which is in the early stage of the “Internet community plus blockchain” model.

Xank is a decentralized, meritocratically governed, self-funding, free-floating cryptocurrency with Stable Pay functionality in a single coin architecture which is NOT pegged to any fiat currency. This is the next evolution of stable coin.

NULS is a blockchain infrastructure for customizable services based in Singapore. The aim is to build the “chain factory” and realize the value liquidity between the chains through the cross-chain module to create a macro ecosystem.

Onniq (Lithuania) is an insur-tech company to bring a decentralized solution for insurance companies, to revolutionize ways they serve their markets, to meet the next generation insurance empowered by community.

NewSaku is the largest news platform based on blockchain in Southeast Asia, which contribute to the development of community and make progress in algorithm by providing cryptocurrency rewards.

Endereum is a Decentralized Data Storage and hosting platform based on IPFS based in Canada. With the Distributed Cloud Computing Platform and Blockchain technology, provide the FaaS and PaaS services to the customers and establishes a distributed sharing economic system.

Kangkang Data is a medical and health cloud data trading platform, which is aiming to build an ecosystem with merchants, consumers, and makers, and to empower the real economies with the blockchain token.

The judges were impressed by the five projects for their advanced technology authentic scenario, innovative team and their roadshow performance. We believe that these five teams are able to make positive social impacts through their technology solutions.

On November 24th, the second day of the RBWC China Contest, all the projects were invited to the matchmaking event hosted by Wemerge Fund.

Xiaochen Zhang, President and CEO of FinTech4Good (right) at the matchmaking event.

RBWC has brought together global leaders from academia, public sector, private sector and technology community to identify, build, implement and expand most influential blockchain innovation projects, in order to further promote global digital transformation. Build upon the innovation ecosystem in China and the U.S., RBWC aims to reach the global market within the Responsible Blockchain Framework and find innovative blockchain infrastructure technology, impactful distributed applications, valuable instruments for blockchain industry as well as cross-sector technology solutions. With the successful inception of RBWC China, FinTech4Good, together with NOS Accelerator, Tian’an Yungu and Wemerge fund, will continue our collaboration with global leading investors to identify the most influential innovation projects, within the framework of Responsible Blockchain, and to help these projects to grow in multiple markets across the globe.

On December 5th, the RBWC U.S. contest will be launched in Washington D.C. Blockchain innovation cases will be presented to industry leaders and investors from the world to advance the development of impactful blockchain projects. The Global Security Token Committee will also present cases on Security Token Offering (STO) to companies that are interested in raising capital in the U.S. via STO. We look forward to seeing you in Washington D.C.

Find more information on RBWC from this link:

Scan this QR code to sign up for RBWC U.S. contest:

Scan this QR code to follow FinTech4Good and to receive updates on RBWC.

MicroStrategy Continues to Invest in Digital Assets amid Holding 105,085 BTCs 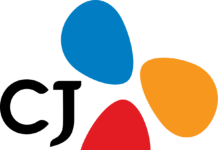 One of the largest Korean Conglomerates CJ Uses Blockchain For Music... 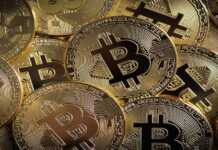 Coinbase Backs Lawsuit against US Treasury over Tornado Cash Sanctions 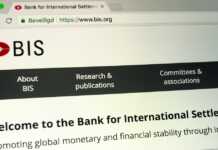 BIS to Explore Potential Advantages of Defi on Small & Medium... 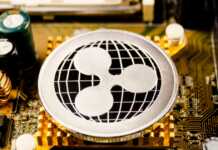