The Fourth Industrial Revolution has been spoken about more and more frequently in recent years, with many commentators declaring it imminent. It’s an idea that is predicated on the advancement of humanity through current and future technologies, with artificial intelligence (AI) and blockchain technology poised to lead the way.

The steam engine began the First Industrial Revolution, but it is still unclear what will end up defining the Fourth. China is at the forefront, with its tech companies growing exponentially and putting the country ahead of the pack when it comes to taking the next step in human development. President Xi Jinping has spoken about the blockchain being key to the next technological revolution, but there is a long way to go before that will be truly realised and the revolution may well be more complex than first hypothesised.

“It’s worth considering just how these technologies might work together, to not only advance their own adoption and implementation but to shape the next Industrial Revolution”

Blockchain is just one in a fairly substantial list of new technologies that futurists have hung their collective hat on. But, like machine learning, AI, IoT and even Big Data, it has its failings and hasn’t yet reached a critical mass. It’s for this reason that it’s worth considering just how these technologies might work together, to not only advance their own adoption and implementation, but to shape the next Industrial Revolution.

Blockchain had its year in 2017, but was curtailed in 2018 because of the speculative cryptocurrency market. As the base technology of the aforementioned advancement, though, its many shortcomings will need to be overcome. The same is true of AI which, at its most hyped, is touted as a game-changer in much the same way as blockchain is. Yet it, too, has had issues with implementation and adoption over the years.

Nonetheless, blockchain’s strong points, such as its immutability and its security, could be just what is needed to shore up the likes of AI. Similarly, AI can help clunky and inefficient blockchains operate faster and smoother.

Over the past few years, the value of data has become clear – indeed, it has almost turned into an asset. Businesses crave valuable data that will help them shape their marketing campaigns and strategic development. This led to Big Data becoming a key buzzword for tech and traditional companies alike the world over.

But data alone is useless if it cannot be understood and pressed into service. It is the pursuit of more effective data use that has dominated technology in recent years, with blockchain and AI both being aimed towards its storage and interpretation.

AI is an effective tool when organising a large amount of data into structured components that can be very quickly processed by computers and, thus, made far more accessible commercially. Moreover, advances in AI mean that marketers can now create innovative, cutting edge campaigns that, until recently, would not have been within reach of the average budget.

However, even though most CMOs are aware of AI, many are still unaware of the extent of its benefits and how they might adopt AI themselves to improve their marketing. This has led to something of a race among those who are in the know to integrate this emerging technology into their business before their competitors.

“If data is the fuel of the Fourth Industrial Revolution, it is the blockchain that will be the engine driving it forward”

Blockchain and data have a positive relationship in this regard, because the distributed ledger allows for the safe, secure storage of data. It cannot be changed, tampered with, or lost thanks to blockchain’s decentralised and distributed nature.

Thanks to blockchain and AI, data can be stored far more efficiently, analysed quicker and more effectively, and packaged into usable components. If data is the fuel of the Fourth Industrial Revolution, it is the blockchain that will be the engine driving it forward.

Even as we realise that AI and blockchain may not hold all the answers for the Fourth Industrial Revolution, there is still a desire to implement and experiment – and still more so in combination.

“Blockchain is an early-stage technology that poses a number of challenges to developers,” Jorden Woods, infrastructure blockchain expert and Managing Partner at the DoubleNova Group, told Binary District Journal. “These challenges include a new, decentralised way of thinking, a few tools for simplifying common tasks, such as building smart contracts or apps, and proficiency with advanced maths when working with more sophisticated capabilities.

“AI, though a more mature technology, poses many of the same challenges and is usually coded by highly paid data scientists. Key AI technical challenges include the following: developers need high proficiency with advanced maths, AI requires large amounts of high-quality training data – big data – to become useful, and core algorithms can amplify the biases of the developers, invalidating the models and results.”

Combining the two may still be challenging, but Woods notes that, despite these difficulties in implementation, together they will deliver a “more robust” outcome.

“Blockchain can be thought of as a trust layer that stores original data that cannot be manipulated,” Woods adds. “Decentralised networks also make data more shareable, so that large data stores can be built up from many sources. AI requires large, high-quality training data, which is often difficult to obtain in a centralised ecosystem.

“Combining blockchain and AI provides a stronger and more robust combination than either technology can provide independently and so is very attractive to enterprises. Organisations such as the Decentralized AI Alliance (DAIA) have been launched to promote and support the benefits made possible by the intersection of AI and blockchain technologies.”

Inroads in the Health Sector

The health sector is arguably the field most effectively looking at ways to combine new technologies. However, there is much that needs to be done to bring the sector up to speed – for example, while robotics may be being used in surgery, it’s operating alongside 20th-century technology.

“The growth of digital health, blockchain and deep tech in healthcare is showing great promise as treatments become more technologically driven,” explains Radhika Iyengar-Emens, a blockchain and digital-health expert. “That being said, healthcare is still far from being data-driven. The reality is that many healthcare systems continue to rely on paper-based records, fax communication, antiquated systems and inefficient manual processes.

“AI is a key buzzword today, both in products and in investment. It can be transformative in diagnostic areas, and the industry has already touted successes in areas such as facial recognition and dermatology. However, effective AI depends on access to good, relevant data.

“AI shows limited effectiveness in delivering true relevance and value because the underlying datasets are dominated by poor-quality sample selection and bias. Indeed, studies have shown that AI in healthcare is currently trained on data sets with significant racial and gender disparities. This reality means that AI is currently dangerously deficient in addressing the needs of most populations worldwide.”

Iyengar-Emens goes on to explain how the data that is required to really enhance digital healthcare also needs to be laid out in a way that it is accessible, yet secure. This is where blockchain comes in.

“To create more inclusive and comprehensive data sets that are representative of the global population, the key is to enable data sharing without compromising security and privacy,” she explains.

“Blockchain provides the trust and security layer around data and can powerfully amplify data shareability. However, blockchain will still need to harness quality data – and this data acquisition will need to rely on IoT or other clinical-grade sensors to overcome human error. Furthermore, sophisticated AI/ML algorithms will still be required to generate any meaningful use of data, derive insights and provide predictive capabilities.

“The intersection of blockchain, AI, and IoT will enable the development of diverse, accurate and comprehensive datasets. When AI is trained on these datasets it will be able to fully realise its potential with global populations”

“With blockchain, the true potential of AI and other deep tech such as IoT can be fully realised in healthcare. The intersection of blockchain, AI, and IoT will enable the development of diverse, accurate and comprehensive datasets. When AI is trained on these datasets it will be able to fully realise its potential with global populations.

“The future of healthcare is therefore quite exciting from a technology perspective, as it is not predicated on any one nascent technology. Rather, the intersection of various advanced technologies – such as AI/ML, blockchain, IoT, AR and even robotics – will be able to fulfil the promise of delivering better care for all globally.”

Still at the Experimental Stage

What is clear is that there is a good deal of promise and potential in the key emerging technologies, and even more so when several are combined. AI and blockchain have contrasting and complementary features that make them sure-fire partners, but there is still a long way to go.

When it comes to what the technologies can do on their own and how that can be implemented, much of what is being achieved today is pioneering and experimental. As our understanding of their individual capabilities grows, so will our appreciation of the possibilities that arise when combining wildly promising technologies.
Another Perfect Storm

Just like the impending Fourth Industrial Revolution, the Third was a result of a perfect storm of different technologies combining at once to drive society forward. Where the Fourth is concerned primarily with data, the Third was one of digitisation. It’s difficult to say which will have a greater impact on our lives – indeed, both are fundamental and monumental changes. What they share, though, is the coming together of influential technologies.

The Third Industrial Revolution came from the convergence of advanced software, new manufacturing processes including more dexterous robots, a range of web-based services and the cloud infrastructure, as well as novel materials becoming commonly available. It has allowed for hyper-customisation in not only online services but also in manufacturing. From the automatons that build our cars to the digital services most companies rely on, the Third Industrial Revolution spans decades and was a combination of a number of transformative advancements. 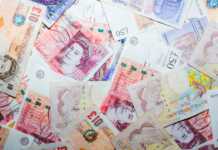 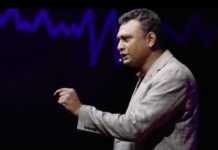 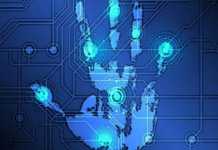 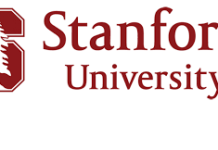 Why Crypto Blooms in South Africa?